Last Sunday, December 16, we ended Chanukah in typical Nishmat style, with a tiyul to Ein Gedi led by Rav Yehoshua. The first sign that it was going to be a good tiyul was the 8:10 departure from Nishmat. Not that the 6:00 AM wake ups aren't worth it, but once you wake up before the Beit Tzafafa rooster a few times, you learn to appreciate the extra time for sleep.

Even though the weather had threatened to cancel the tiyul, Sunday turned out to be beautiful. The heat of the desert was a nice change after the Jerusalem winter. And because this is Israel, it took us less than two hours to travel between the two climates. The hike itself was amazing, but definitely one of the more challenging ones we’ve done! Our knees had hardly healed from crawling through the Bar Kochva caves during the beginning of Channukah, and now we were climbing mountains and zooming down rock slides. As always, though, we all helped each other out, which gave us a chance to catch up after being apart for Chanukah.

In between laughing, appreciating the beautiful views of the Dead Sea and Jordan, and eating our favorite tiyul sandwiches, Rav Yehoshua explained the significance of Ein Gedi in Tanach. He brought three of his daughters on the tiyul as well, which helped motivate all of us to get through challenging parts. (If Rav Yehoshua’s seven year old daughter can do it!…) 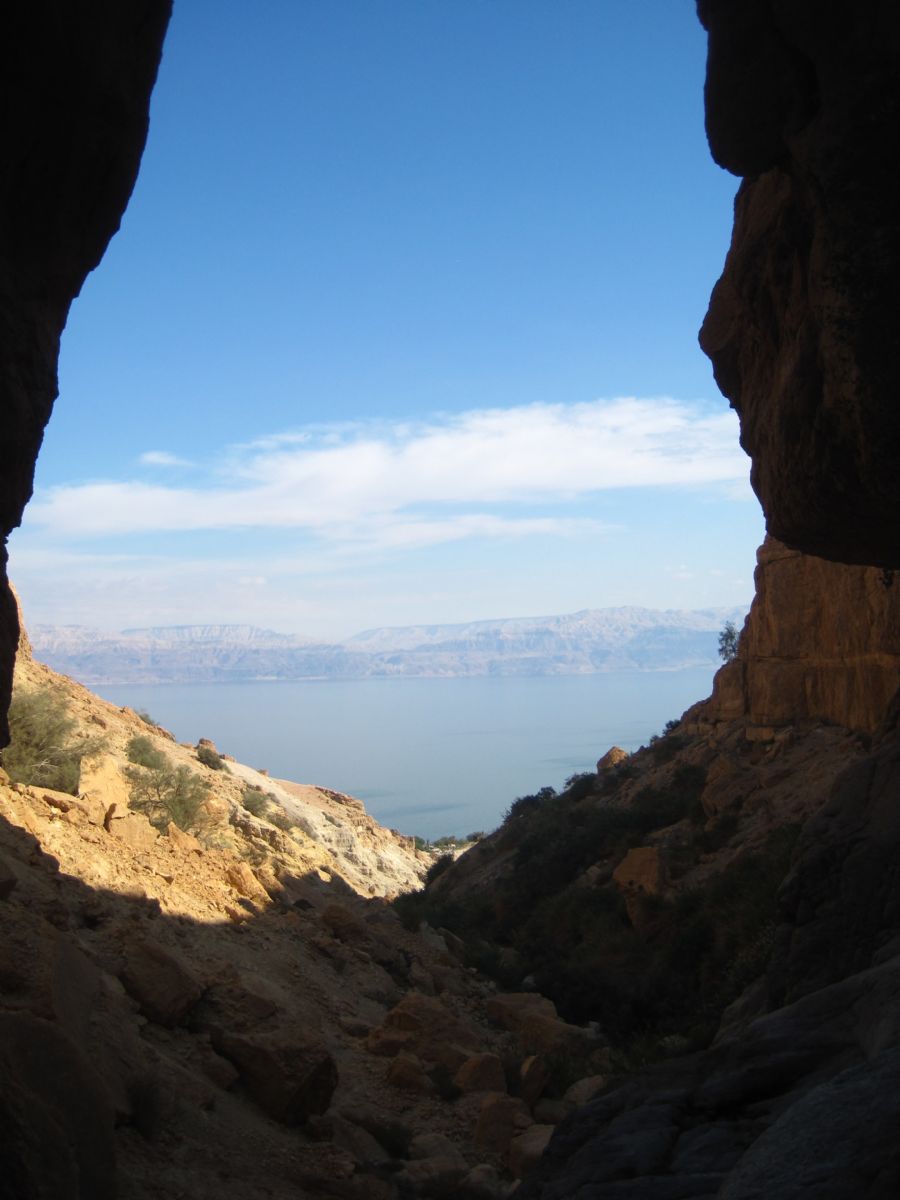 Once we climbed to an amazing view point, we started on our descent to the other side of Ein Gedi. The dirt and rocks gave way to beautiful plants, sustained by gorgeous waterfalls. It was a little cold to actually swim, but we definitely loved spending a little time in the water before heading back to board the bus to Nishmat.