Media Room
A Parent’s Reflection: Learning with my Daughter at Nishmat

For some of us parents, coming to NIshmat to learn with our daughters was bringing the hopes we have for them to a full circle.

Let me explain.  When I was pregnant with my oldest daughter Tova in summer 1995, my husband and I came to Jerusalem for three weeks to learn here and just be here because it was the place we had spent our first year married and we thought it would be a nice chance to learn and grow while we had pre-child time.  I had so many hopes and aspirations for my unborn child then; to be back in Jerusalem 18 years later and to see what a mature and lovely young woman she and her peers have become is a tremendous source of nachas.

Some parents were fortunate enough to arrive on Wednesday January 15, which became 15 Shvat in the evening.  My daughter insisted that I come with her to Simi Peters’ parshanut class since she enjoys it so much. After that, we went to the community center in Pat to see the Tu B’shvat seder which girls in all the tracks of the Nishmat program participated in. We heard wonderful joyous singing, ate of the seven species of fruits of Israel described in Tanach, and learned Torah relating to the food.  The evening ended with the entire room, women, girls from the school and the community dancing around the space.  It was truly a feeling of being in a holy place, unified as a group in celebration.  I can’t imagine a better first night in the country.

In the morning the midrasha arranged special classes so that we could learn with our daughters.  Dafna Siegman taught us about the two approaches to understanding the process of matan Torah, laid out differently in parshat Beshalach and parshat Mishpatim.  I was impressed at the level of understanding and education the other parents had, as we were all able to read and follow the Hebrew texts and understand her Hebrew terms.

Then we had the pleasure of discussing some Jewish ideas about parenting – and hearing what our daughters had to say about the same ideas – with Miriam Leichman.  It was lovely to share the challenges and joys of this stage of parenting, when our children are mostly independent but not quite ,with others who share them.

We broke for lunch and the final class was with masterful teacher Rabbanit Henkin who discussed the other end of parenting, kibud av v’em, and what the levels of responsibility it entails according to halacha. 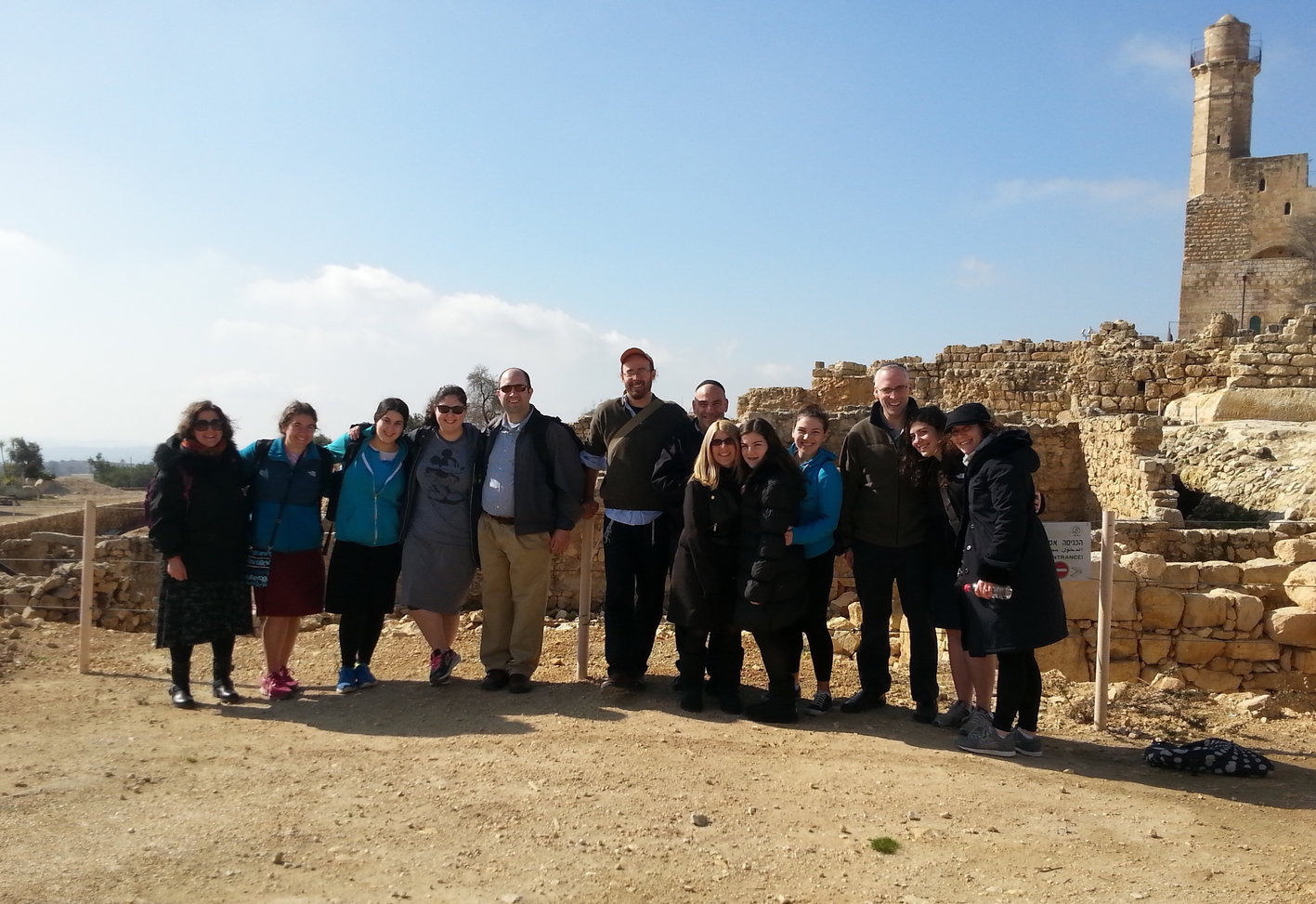 Friday morning, the group went to Nebi Samuel with Rav Yehoshua Weisberg, tour guide extraordinaire.  He spoke about stories from the book of Yehoshua and the Maccabees, showed why this site is a strategic position, gave us a chance to say some Tehillim in the shul and see the natural mikva formed by a spring on the site.

Shabbos dinner with Rav Yehoshua and Jenny Weisberg and their lovely family was another joy.  Many of us davened at the dynamic Raz synagogue, full of singing, dancing, and energy which continued to the meal and the fellowship we felt with the other students and parents.

Shabbat lunch was at Nishmat again with wonderful food and company – and divrei Torah by our daughters – allowed us time to schmooze with each other and find out how few the degrees of separation are.  The Jewish world is so small and so connected.  By the time havdalah came, we felt such a warmth for each other an