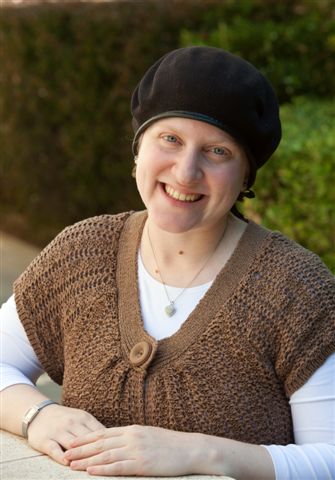 Orthodox women in the Jersey Shore area with a need to discuss intimate aspects of Jewish law now have a new resource: a woman halachic decisor, specifically trained in a two-year course in taharat hamishpacha, or family purity laws.

On Sept. 1, Nechama Price, instructor in Jewish studies and Bible at Stern College for Women at Yeshiva University, became the area’s first yoetzet Halacha, and just the second in the position in New Jersey. Price was hired for the part-time position by Congregation Brothers of Israel in Elberon, but will offer her services to the entire community.

She is also working with the communities in Englewood and Tenafly and, in a more informal way, with communities in West Orange and other parts of Essex County.

The position of yoetzet Halacha, or woman adviser in Jewish law, was created by Nishmat: The Jeanie Schottenstein Center for Advanced Torah Study for Women in Jerusalem in 1997. It has since graduated more than 80 women.

In 2011, Nishmat opened the first program to train the advisers in the United States. Housed in Teaneck’s Ma’ayanot Yeshiva High School for Girls, the two-year course prepares students to answer questions with regard to laws of “family purity” — concerning menstruation, the ritual bath, and sexuality — as well as women’s health. The first United States cohort, which included Price, graduated in 2013.

Under rabbinic laws known as hilhot niddah, a woman must refrain from intercourse and all physical contact with her husband during menstruation and the seven days following. Often women need expert advice in determining the onset and duration of the niddah period. Her goal, said Price, is to allow women “to feel comfortable to call someone regarding the ins and outs of hilhot niddah and not be embarrassed.”

For Brothers of Israel’s Rabbi Nasanayl Braun, hiring Price was almost a no-brainer. “It’s an area of Jewish law more easily practiced when women can speak to women. First and foremost, I want to give everyone the opportunity to keep Halacha as best they can and keep it as pleasant and comfortable as I can. Women are more comfortable with women,” he said in a phone interview shortly after Price began.

He also said he welcomes the educational opportunities Price provides. As part of her position she will offer lectures appropriate for women who aren’t as familiar with the family purity laws.

The first of these will be held over Shabbat, Nov. 14-15, with one lecture Friday night and one on Shabbat afternoon. Topics covered will be finalized after Yom Kippur.

Braun has a third reason for hiring Price. “As a modern, centrist Orthodox Jewish synagogue, it’s important for us to support communal positions for women that are within the boundaries of Jewish law,” he said.