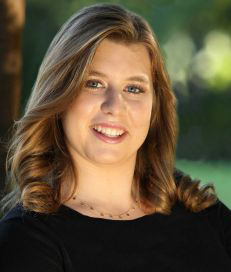 This week’s torah portion opens up with Yaakov leaving his home and the land of Israel for Haran. Before Yaakov arrives at his destination, the torah digresses to tell us about one night of his journey.

“He can upon a certain place and slept there for the night because the sun had set. And he took one of the stones from the place and put in under his head and stayed in the place. “ (Bereishit 28:11)

It is in this location that Yaakov has his famous dream of angels going up and down the ladder. But even before exploring the dream there are many questions that are asked upon this verse alone. One such question is why must the torah tell us that Yaakov comes upon a certain place, especially when it does not inform us of the name of this place?

Sforno explains that the word “makom” does not merely mean place but refers specifically to a designated outside area within a city for guests to sleep in. He explains that Yakov was lost and wound up finding himself at this sleeping spot in an unknown city. (This reasoning may also provide a plausible explanation for why we are not told the name of the place. Perhaps the torah is trying to express Yakov’s lost state through holding back knowledge from the reader). The Gemara in Brakhot 26b explains this line differently. It claims that the word “vayifga” denotes prayer. These words are telling us that Yaakov prayed in this location and established the tefillah of maariv through his prayer.

Each of these interpretations, interesting on their own, gains added meaning after one reads the end of this episode. After Yakov wakes up from his dream he proclaims that God is in this place though he had not known it. According to Seforno’s explanation this implies that his getting lost had brought him to God. Though he was unaware of it at the time, in retrospect, he realizes that this was a noteworthy mistake and there was purpose to his confusion. Similarly, Yaakov’s words also provide an insight to the gemara in Brakhot. If Yaakov is surprised to learn that God is in this place one can then assume that Yaakov did not sense God’s presence when he first arrived there. Yaakov had just left his home and the holy land of Israel to find himself in a foreign unknown place. It is easy to see why one could feel rejected by God. In fact, perhaps Yaakov did feel rejected as we do not hear anything to the contrary. It is certainly clear that he sensed God’s absence and did not expect to receive any form of communication from God. And yet, in this moment of loneliness, stuck in a place where he thought God couldn’t respond, Yakov prays to God. And then God does respond in the form of a dream. One understanding is that God heeds his prayer and appears to Yaakov in a dream.  But maybe one can also argue that the prayer opened Yaakov up to sensing God. Perhaps the tefillah put him in the right mental framework to apprehend God in his surroundings, to have a divine dream and then interpret it as a Godly encounter.

This episode in Yaakov’s life does not teach us that God will always communicate a response to our prayers. But it does give us a guideline for dealing with the moments when we feel lost, alone, and far from God. Yakov shows us that sometimes it is only after the fact that we can realize that God was there all along, and that there was some purpose to our pain. This is comforting to a certain extent, but during the agony, until one awakes from the terrible nightmare, how