Media Room
Not a Mid-Life Crisis 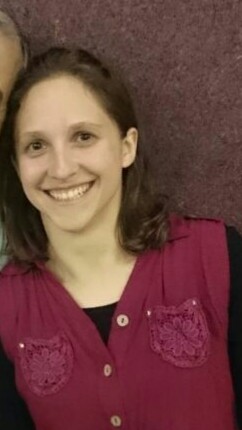 I'm 26 years old and just returned from spending 7 months learning at Nishmat. A conglomoration of things led me to Nishmat – hating my job for a short period of time, being exposed to real Talmud study for the first time while learning with a friend, wanting a change of scenary after 3 years in the same city, etc. I went in simply hoping to fill in a lot of the gaps in my Jewish knowledge, to learn the basic skills needed to be able to come back and learn on my own, and just to enjoy a relaxing break from the working world. I joked with many friends and family that I was taking an "unearned sabatical" or that I was having an "early mid-life crisis" but in retrospect, the time I spent at Nishmat was neither of those things.

Since returning to the US after my time there, it's become much more clear what a gift it was to have been able to spend 7 months learning at this stage of life. Having been out of the school environment for a few years, I was noticeably excited and motivated to take advantage of the incredible teachers and classes at Nishmat. I found that the teachers were really committed to developing our skills and teaching us HOW to learn, all the while integrating intellectually/philosophically/theologically stimulating discussions. There is no question in my mind that I walked away much more informed than when I came in and also much more aware of how much exists that is still left to learn.

I got more out of the experience than just the learning though. I never did an 18-year-old gap year program but I imagine those programs do a lot in terms of shaping a teen's entry into the college world. However, in many ways the transition from college into the "adult" working world is an equally, if not more, formative period of time. I personally went straight from undergrad, to graduate school, and then straight into a job at an institution that I potentially could have continued working at for my entire life (what can I say? I was determined to be independent and employed). Quiting my job after 3 years and going to study at Nishmat was scary but it allowed me to hop off of that "achievment train" we so easily get sucked into in the American/Western education system. Learning at Nishmat gave me the time, space and community in which to explore how I wanted to develop as a person and as a Jew. It gave me the opportunity to re-callibrate my values and priorities at a time in my life where I had some real life experiences under me but was still relatively early on in the process of establishing my long-term community, career, and religious connection. More importantly, it gave me a a community that I continue to rely on even from afar. I now have memories of inspiring people which I can think back to any time I am lacking inspiration and a network of friends, teachers, and rabbis I can continue to connect with as I attempt to integrate learning into my life as the life-long process it is meant to be.

If going to Nishmat had been an "early mid-life crisis" then I would have expected to come back with goals of a new start, in a new city, with a totally new career. I wouldn't be happily returning to the same city and same general profession I had been in before I left. On the other hand, if it had just been an "unearned sa