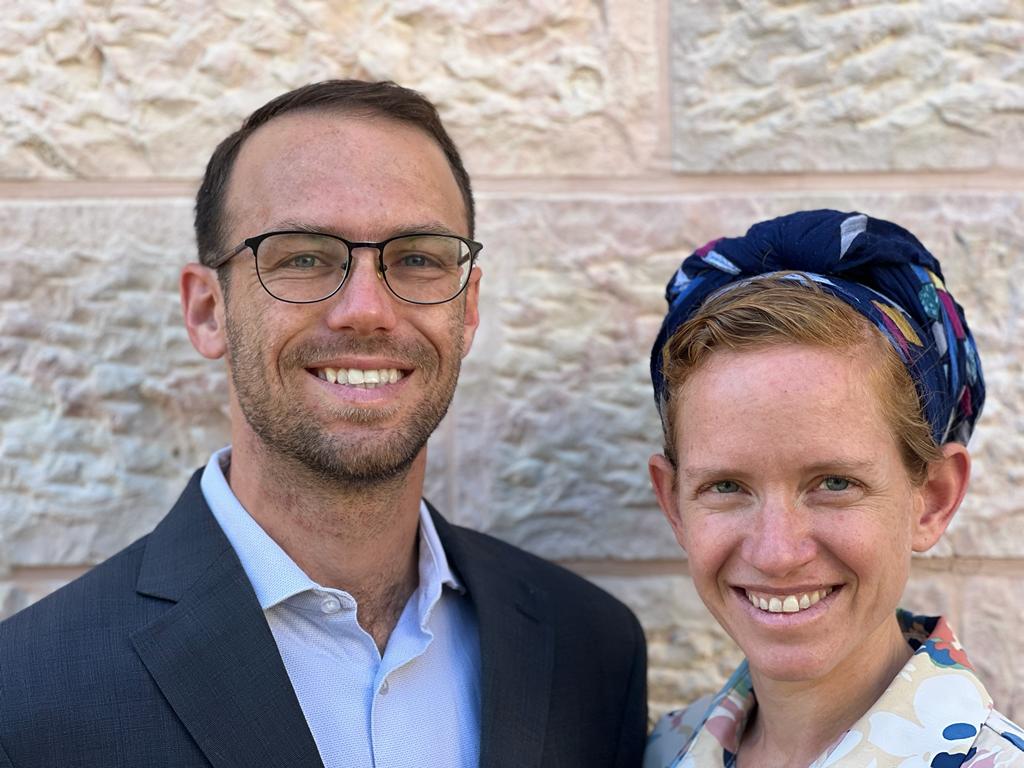 Rabbi Mati and Shira Kahn, The directors of Tochnit Liba- the new overseas program at Nishmat.

Rabbi Matityahu (Mati) Kahn served as a community Rabbi and the OU-JLIC director with his wife, Shira kahn,at Princeton University over the past three years. Prior to that Rabbi Mati served as a Rabbi in Yeshivat Otniel, as well as in Yeshivat Neve Shmuel and at the Beit Midrash Chevruth in Hebrew University, Jerusalem. He received his Rabbinic ordination from the Chief Rabbinate of Israel, and completed a Tzohar training program for communal Rabbis. Rabbi Mati holds a BA in education, Talmud and Jewish Philosophy from Herzog College, and an M.A. (research) in Jewish Philosophy from Ben Gurion University.

Shira Kahn served as the OU-JLIC director with her husband, Rabbi Mati Kahn,at Princeton University over the past three years. Prior to that Shira worked as a lawyer and researcher in the “Kohelet” think tank, and interned in the state department. Alongside her legal work, Shira continued her Torah studies in various programs, including the advanced Halacha program at “Migdal Oz” and a program combining Torah and academy. Shira also served as a guide in Livnot U’lehibanot and in Masa Israel. Shira holds a BA in law from Bar Ilan University.

In their various roles Rabbi Mati and Shira taught and developed curriculum for Tanakh, Gemara, Halacha, and Jewish Philosophy, served as a community leaders and provided pastoral care. Rabbi Mati and Shira have three kids, Kedem (7), Adi (4) and Eliraz (2), who love being a part of their parents role.